Under Pressure – A Survey of Contemporary Airbrush Realism 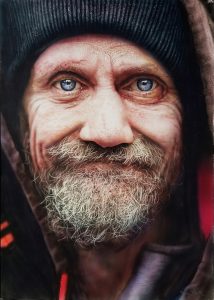 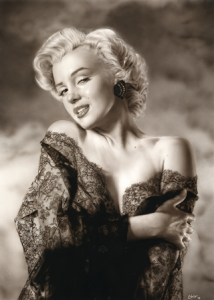 Airbrush as a medium may be known to most people as a go-to medium for commercial artists who decorate a broad range of material culture beyond fine art, such as t-shirts, sporting equipment and vehicles ranging from boats to pickup trucks, semis, cars and motorcycles, etc.  In the ‘50’s and ‘60’s, it became a go-to medium for the so-called Kustom Kulture, a neologism that refers to styles and fashions associated with custom cars and motorcycles in the United States particularly the hot rod culture of Southern California. Then there is animation, the culinary arts, body art, make up, and tattoos.  You name it, and airbrush artists seem to have covered it in one form or another. As would be expected, many commercially successful airbrush artists possess incredible skill, but many lack true artistry, which may be the reason the medium has been unfairly maligned or ignored by highbrow aesthetes over the years. 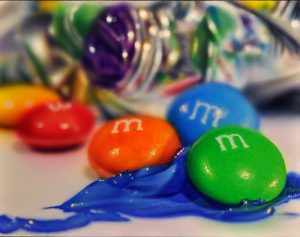 Though a hip medium in the world of commercial art today, airbrush is actually a nineteenth-century invention.  Francis Stanley, who with his twin brother became famous for the Stanley Steamer, patented a simple “atomizer” airbrush to colorize photographs in 1876.  An instrument called the “paint distributor,” which relied on a hand-operated compressor to supply continuous air, was developed in 1879 by Abner Peeler “for the painting of watercolors and other artistic purposes.”  A commercial prototype was developed by Liberty Walkup who re-patented it under a name suggested by his wife: “air-brush.” She would go on to establish the Illinois Art School in Rockford where airbrushing would be taught. Seventy-five miles north and a decade later, Charles Burdick revolutionized the air brush in Madison, Wisconsin. Patented in 1892, his airbrush was a double-action, internal-mix airbrush similar to those used today. It contained paint somewhat like a fountain pen and featured an index finger trigger with the air supply re-positioned through the bottom, which improved balance and control. Burdick’s invention was promoted by Thayer and Chandler, a Chicago mail order arts and crafts retailer, which also showcased it at the 1892 World Columbian Exposition. As other improvements ensued the medium took off. Today, airbrushes are used for countless commercial applications, as well as fine art. 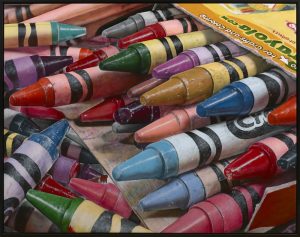 In the world of fine art, Man Ray (1890–1977), remembered to many as a force of the Dada and Surrealism art movements, was among the first to employ airbrush in the production of fine art. Alberto Vargas (1896–1992), the pioneering artist who had emigrated from Peru to the U.S. after studying art in Europe, used airbrush in combination with watercolors, to produce his signature pin-ups, which associated airbrush with so-called girlie pictures, an association that has trended to this day.  With the emergence of Photorealism in the mid and late 1960’s, the airbrush assumed a special place of distinction as a favorite medium among the first generation of artists practicing that style in America, e.g., Paul Sarkisian (1928-2019) and Ben Schonzeit (b. 1942) though he stopped airbrushing about a decade ago and no longer works in airbrush today.  Interestingly, this phenomenon hasn’t just been male dominated.  In addition to Barbara Rogers (b. 1937), Audrey Flack (b. 1931), for example, projected images onto canvas instead of making preliminary drawings, and developed a method of applying paint in layers with an airbrush. Others followed.  After the first wave of Photorealists in the ‘60’s and ‘70’s, younger artists produced work that extended the medium of airbrush in new and interesting ways, notably, in the stylistic realm of what has become known as, Hyperrealism.  Today, work by artists who use airbrush embodies a diverse range of style, subject matter, and technique.

Of the artists exhibiting in UNDER PRESSURE – PAINTING WITH AIR, Southerner, Dru Blair (Charleston, SC), is widely known as much for his art as he is an educator having founded his Blair School of Art in the ‘90’s in Raleigh, NC which he operates today in Charleston.  To demonstrate his impact, examples of work by several former students now having their own successful careers are also featured: Silvia Belviso (from Italy, now residing in Charleston), David Evanoff (Cleveland, GA), and Joshua Zarambo (Richmond, VA).  In addition to this younger generation, and the older masters previously mentioned — Don Eddy (New York, NY), George Green, and Jerry Ott (Duluth, MN) – others exhibiting in UNDER PRESSURE – PAINTING WITH AIR, include some of the very best who have ever worked with the medium: Bruce Evans (Philadelphia, PA), Kirk Lybecker (Portland, OR), Alan Pastrana (Queens, NY; with studio in Plainville, CT), Cesar Santander (New York, NY), and Hisaya Taira (Tokyo, Japan).  PAINTING WITH AIR features a diverse selection of works by each of these artists to share with viewers the breadth and depth of each artist’s oeuvre and their artistic prowess.  As such, the exhibit is a celebration of artistic virtuosity and achievement through a unique, American medium: airbrush.  Serving as Curator for UNDER PRESSURE – PAINTING WITH AIR, is David J. Wagner, who earned his Ph.D. in American Studies and served as a museum director for 20 years.  For booking information, contact:  DAVID J. WAGNER, L.L.C., EXHIBITION TOUR OFFICE (414) 221-6878; davidjwagnerllc@yahoo.com; davidjwagnerllc.com 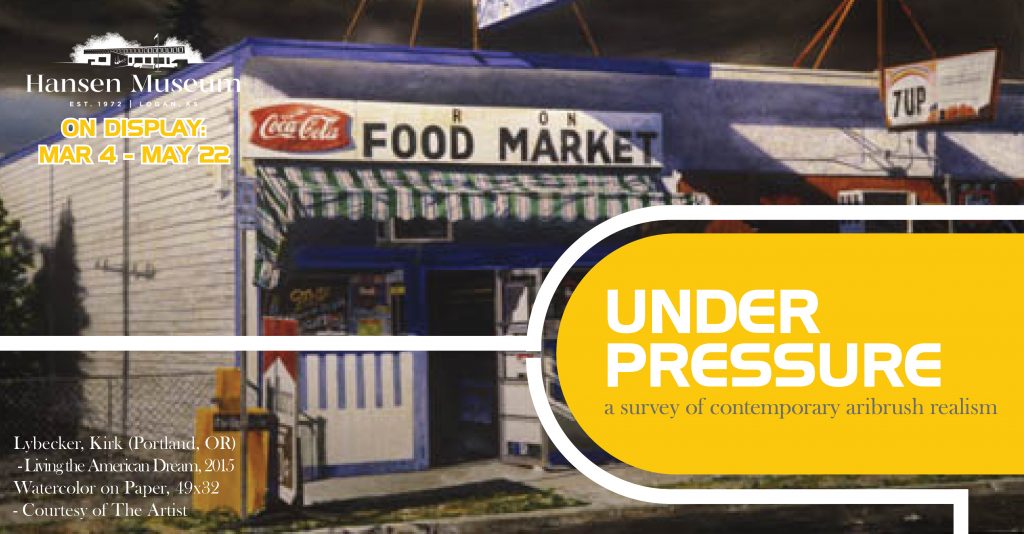 Under Pressure – A Survey of Contemporary Airbrush Realism
March 4 – May 22, 2022