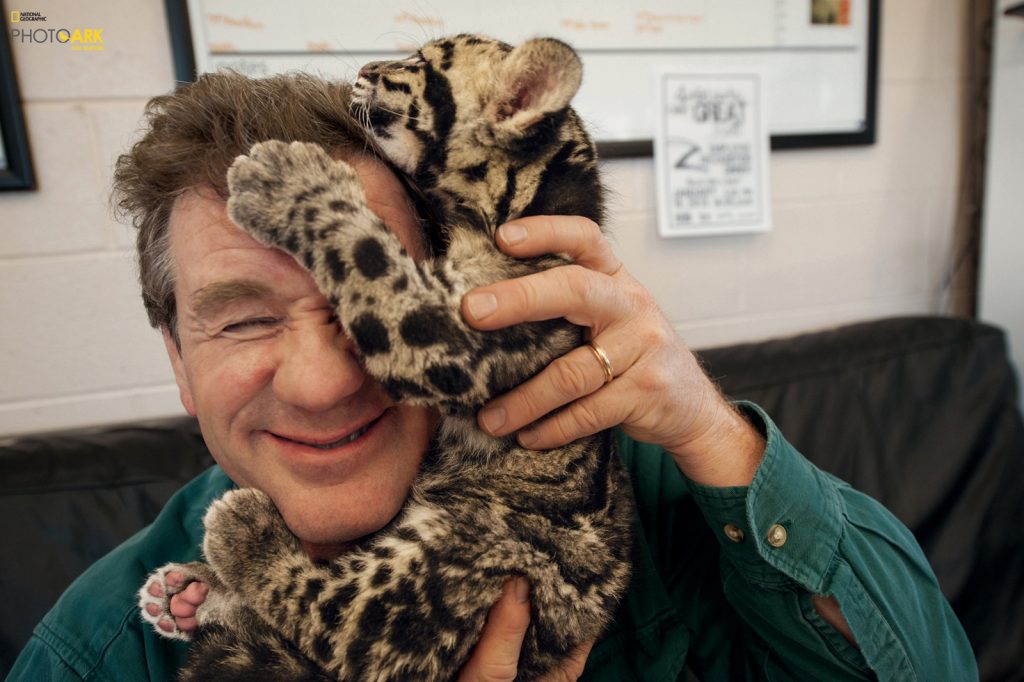 © Photo by GRAHM S. JONES, COLUMBUS ZOO AND AQUARIUM
After a photo shoot at the Columbus Zoo in Ohio, a clouded leopard cub climbs on Sartore’s head. The leopards, which live in Asian tropical forests, are illegally hunted for their spotted pelts.

National Geographic Photo Ark is an ambitious project founded by Joel Sartore, who has made it his life’s mission is to photograph every species living in captivity.  To-date, Sartore has visited zoos, aquamarines, and sanctuaries in over 40 countries to create the largest single archive of studio-quality photographs of biodiversity ever.  National Geographic Photo Ark continues to move toward its goal of documenting these 15,000 species in captivity, thanks in part to Sartore’s enduring relationships with many of the world’s zoos and aquariums.

From cute and cuddly to fierce and protective, the Hansen Museum proudly presents 45 captivating animal portraits from Sartore’s Photo Ark.  An incredible opportunity to get up close and personal with some of the Earth’s most amazing  and endangered animals.  Sartore captures more than their image, he gives us a rare glimpse of the essence of these creatures moving us to compassion and calling us to action.  For some of these animals, this photo does not have to be the world’s last chance to see them.