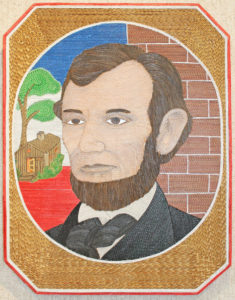 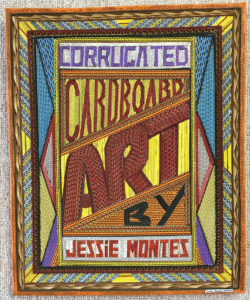 Over 40 years ago, Jessie Montes, artist of our current exhibit, The Art of Jessie Montes, immigrated to the United States from Mexico. Montes settled in Dodge City, Kansas, and became a naturalized citizen in 1972. In 1990, to free his mind from worry (Montes’ two children were called to active duty in the Gulf War), he began making frames out of corrugated cardboard. “One day I just started cutting cardboard,” said Montes. Soon Montes began to fill his frames with landscapes, abstract designs, and portraits.  Three dimensional sculptures came soon thereafter.  Thus, his artistic journey in this unique medium began.   Using a sharp razor blade, discarded boxes (cardboard cut into quarter-inch strips), tweezers, acrylic paint, and paste, Montes created unique and entertaining works of art. Montes, the sole survivor of five sets of twins, grew up in poverty and credits this lack of material goods as the beginning of his creativity.  Jessie Montes, “I have always been interested in art.  Growing up impoverished in Northern Mexico, I had to create my own toys and items of amusement.  This was the beginning of my creative bent.” 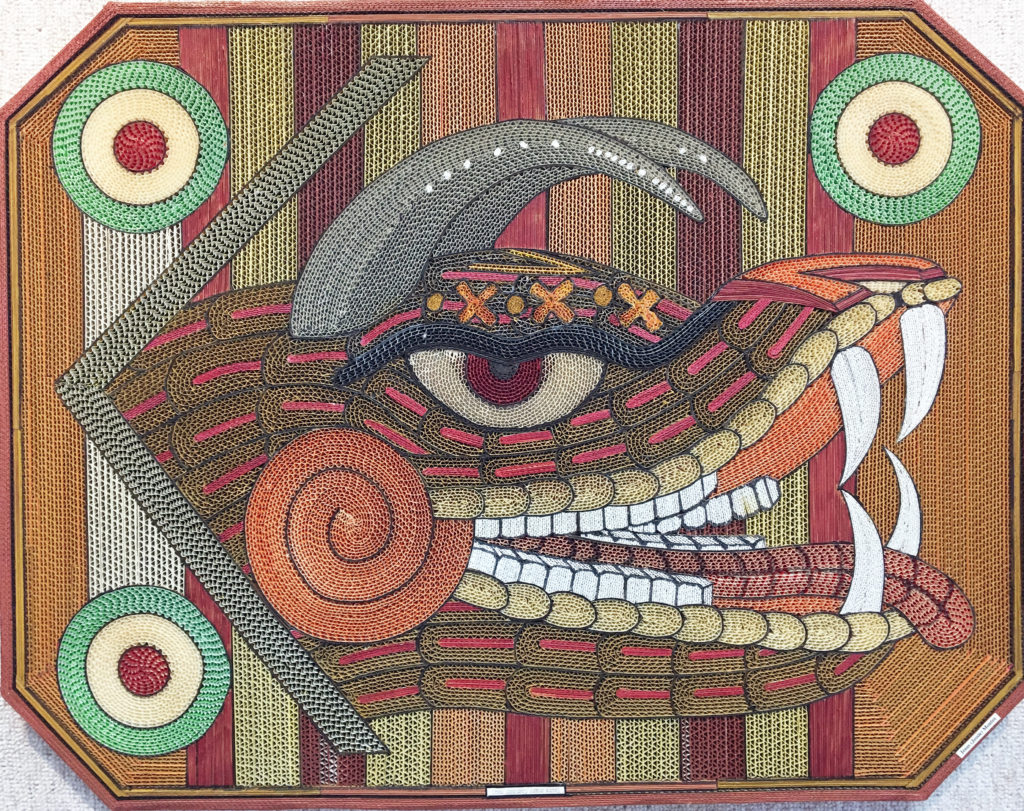 Montes’ Mexican heritage and love for his adopted America really shine in this exhibition.  Colors and designs are notably drawn from his Mexican roots, but subject matter tells viewers Montes deeply appreciated and respected the leadership and opportunities he found as an American citizen. The astounding eclectic work of this self-taught artist will be on display in the Hansen Museum gallery until February 4, 2018.

December’s Artists of the Month, Chris and Donna Jensen, have won numerous awards for their woodworking. One very special honor was awarded to them in 1994; they were invited to make an ornament for the White House Christmas Tree.  Graciously, they have incorporated the letter and photo they received from first lady, Hillary Rodham Clinton, thanking them for their contribution to the White House Christmas Tree into their Artist of the Month display.